We’ve got all kinds of goodies inside today’s issue, including:

☕️  Why 85% of FA websites are unintentionally turning prospects away…

☕️  Simple tips for effective communication with prospects on LinkedIn…

Jennifer Vernacio was scheduled to start her shift at 11am, but couldn’t find a sitter for her 3-year-old son.

So she had to wait until her 16-year-old daughter got home from school.

By the time she clocked in for her waitress job at The Big Cheese & Pup  she was already having “one of those days.”

But things immediately turned around.

Her first table of the day was a “super, super nice gentleman and his wife.”

They ordered a couple of sandwiches, paid their bill, and went on their way.

When Jennifer took a look at the receipt, she was floored.

Jennifer has worked in the restaurant industry for 20 years and says she’s never once received a tip anywhere close to that.

She says she bought her daughter a pair of new shoes and gave her son a toy police car. The rest of the money will be used to pay off bills.

“To the gentleman and his wife that left that generous tip, I just want to say thank you so much. It meant a lot,” Vernancio said.

Ever wished you had more time in the day?

Try waking up earlier and using this time to exercise, read, journal, or even catch up on some work that you’ve been putting off.

Waking up early is a habit. And like any habit, it requires a disciplined approach.

Here are some simple ways you can hack your way into becoming an early riser who gets more done:

☕  TL;DR: Use one of these tips to make waking up early more practical!

Ever wondered the proper way to communicate with prospects on LinkedIn? This might help.

🔹 Let’s go hiking. The latest Fed minutes indicate more rate hikes are on the way, potentially exceeding what the market had previously anticipated. The Federal Open Market Committee says policies may move past “neutral” and into “restrictive” territory.

🔹 Have we peaked? An encouraging projection from the Congressional Budget Office suggests GDP will grow by 3.1% in 2022. The report also says inflation has topped and will cool off to 2% by 2024.

🔹 Rally caps. Wall Street insiders say the S&P is due for a short-term rally of 15% to 20% over the next 90 days. Want the technical explanation for why? Check it out here. 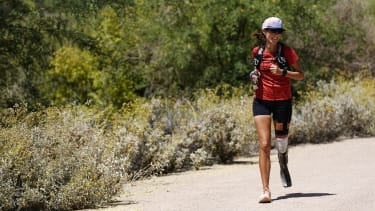